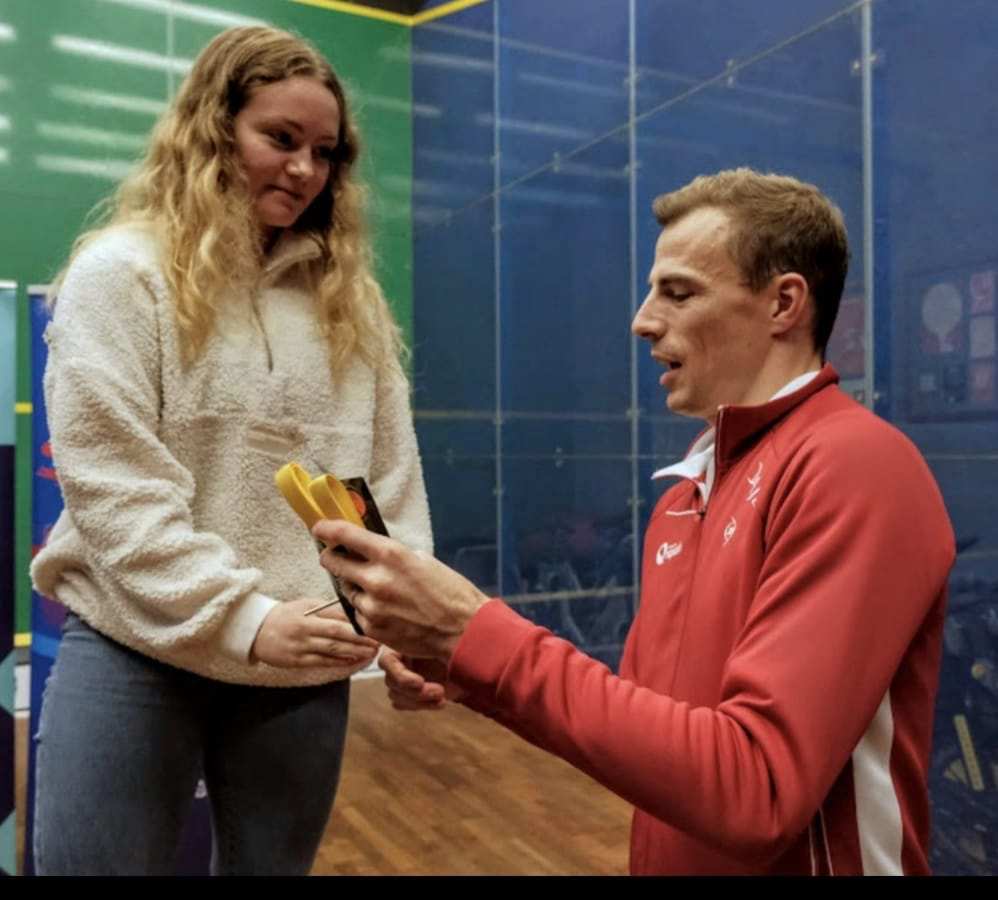 A record 23 players converged on Sheffield for the 2022 British Junior Closed. From my perspective as Junior National coach, it was by far our most successful BJC I have been involved with. Our juniors managed to finish in the top 8 in virtually all the age groups we competed in right from the mixed u9 event all the way to a top 3 finish in the boys u19’s. I am pleased we are starting to see the results from our junior pathway as evidenced in the performances achieved in the BJC.

I was incredibly pleased with the overall contribution from all our players in the BJC and could see unmistakable evidence of progress through performance and results. Three players had podium finishes and more importantly competed at the highest level, with determination, skill, and sportsmanship. Rhys Evans finished in third place in the boys u19 event which is our highest finish in this event in the last 10 years. Rhys backed this result up a week later by winning his PSA event on the professional circuit, demonstrating the pathway is working, providing players work hard and always look to develop. Archie Turnbull backed up last seasons British title in the U15 age group with a final spot in his first year up in the u17 age group. This was a great achievement and points to another title next year if he maintains his current form. Ellie Breach came runner up in the girls u17 event and came close to winning title, losing a close 3/2 battle with current British Champion Amelie Haworth. As stated, these players all gained medals and highlighted the current talent contained in our pathway. Along with all the Squash Wales Players who competed in the British Championships, I was immensely proud of all the players and the way they all conducted themselves, playing hard but fair.

Our pathway is adapting each year and if we all continue to work hard and look to improve on a weekly basis, I am convinced next year we will have another British Champion to go with our current senior Champion. Big thanks to Richard Wright and Nic Birt in supporting our players with their coaching expertise, parents for enabling the players to compete and lastly to the players who represented us with distinction.